Kailasa temple, 1200-year-old Ancient Hindu Temple carved from a single rock in Ellora, stands majestically 29 kilometers away from the City of Aurangabad in the state of Maharashtra, India and it is a part of a set of 34 temples and monasteries renowned as the Ellora Caves. This temple is a remarkable example of Dravidian architecture in the 8th century due to its almost accurate proportions and intricate workmanship by a set of dedicated sculptors in a time when there must have been only hand tools available for construction and elephants for transporting heavy building material. 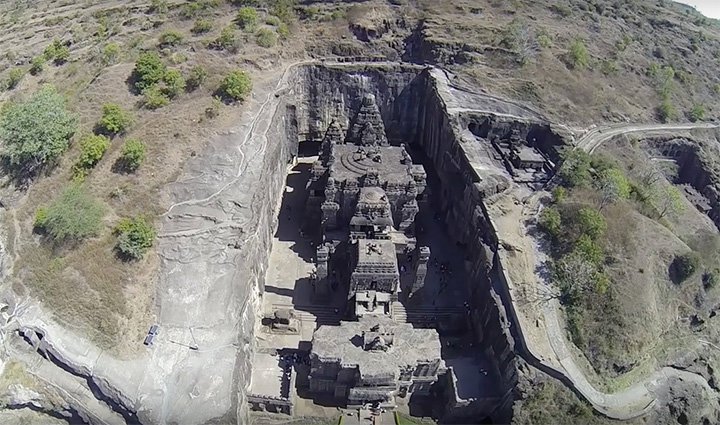 Origins
It was sanctioned for construction by Krishna I, the king belonging to the Rashtrakuta dynasty which ruled over the large parts of the Indian Subcontinent between the sixth and the tenth centuries. This temple is popularly known as the Kailash Temple and its main deity goes by the name of Kailashnath, which is literally translated as the Lord of Kailash, and this temple is dedicated to the Hindu god Shiva. 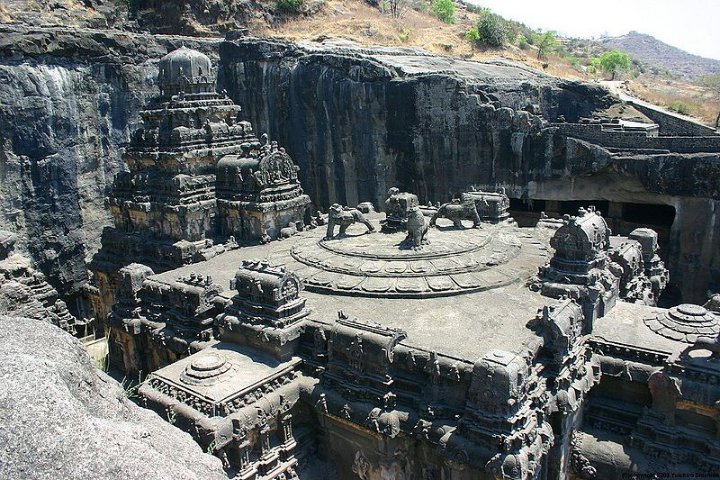 Construction
This temple is estimated to have been built between 757 and 783 CE with a view to liken Mount Kailash, where Shiva is believed to reside as per Hinduism. An estimated 400,000 tons of rocks were scooped out over a really long period of 20 years to construct this monolithic structure. 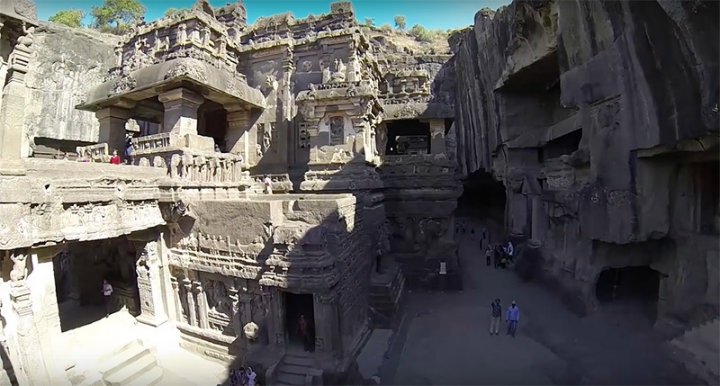 By observing the chisel marks on the stone walls, archeologists have come to the conclusion that three types of chisels were used to carve this temple. This temple is believed to have been constructed vertically from the top down due to foreseen difficulties in carving out the frontward by the main architect who has religiously followed the construction according to the ground plan as seen in the below picture. 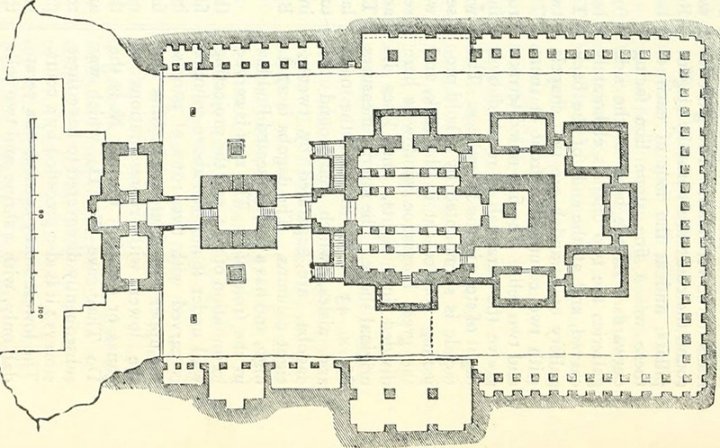 External Architecture
Multi-level carvings are seen over a two storied gateway which opens to reveal a U-shaped courtyard edged by a columned arcade three stories high which consist of huge sculpted panels containing large sculptures of a variety of deities. 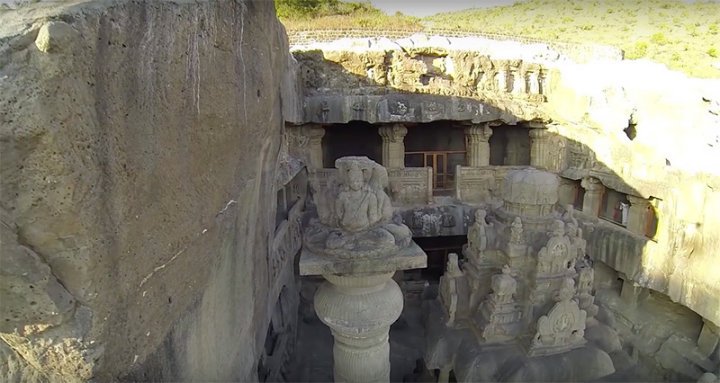 An image of the bull Nandi is seen in front of the main sanctum sanctorum which is a tradition seen in all temples dedicated to Lord Shiva. This structure and the structure housing the main deity both measure 7 meters in height and were built on two stories. The temple’s base has many elephants carved into them which is to bring out the idea that the entire temple is being held aloft by these elephants. 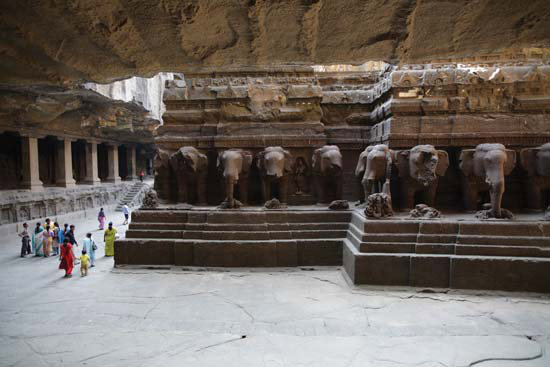 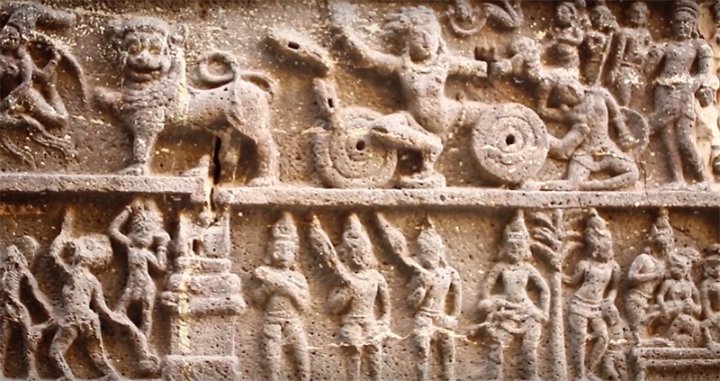 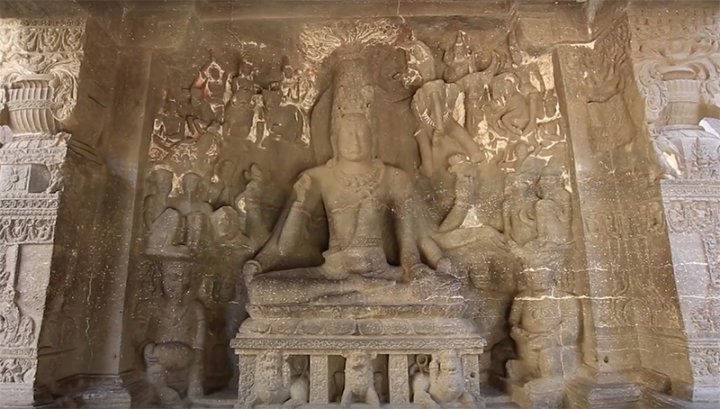 There are two Dhwajasthambhas (flagstaff pillars) within the courtyard. There are many sculptures depicting scenes from stories about the saga of Lord Shiva.

In today’s world where we are dependent upon technology for everything, it is hard to imagine an era nearly twelve centuries ago where our ancestors could build an entire structure out of hard rock using a few hand tools with their bare hands and that too with such extreme dedication and devotion.

Meteora | the famous Monasteries that are built on Eroded Rocks.

The city of Venice stands on about 117 small islands.

Queen of England once “terrorised” Saudi Arabia’s King by driving him...

The Toynbee tiles are messages of unknown origin with feature political...

Top 25 Interesting Facts about the Lord of the Rings.