Dogs are the most loyal companion ever known to mankind. For centuries, people have raised them as pets, hunting companions (Labrador Retriever), guide dogs (German Shepherd) and even accessories (Chihuahua). While most dog breeds have been sent and received as gifts or have been brought to different continents, there still remain some which are native to their place of origin. You can’t see such dogs every day in the neighboring park. They are unique and rare because it is hard to adapt to a different climate for most of them. In this article, we have brought 18 such unique dog breeds together. 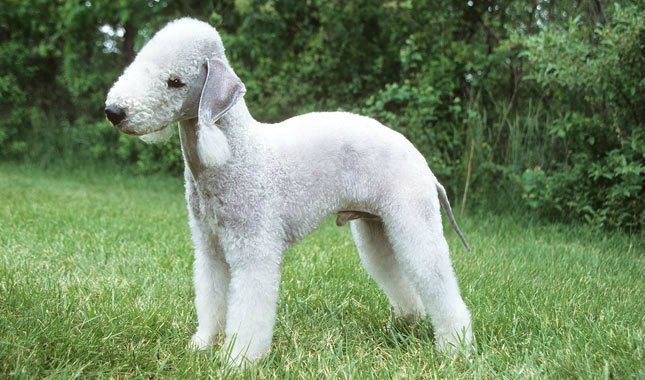 Bedlington Terrier is native to Bedlington, Northumberland located in North East England, from where it got its name. One glance at the Bedlington Terrier reveals the reason of its uniqueness: Its resemblance to sheep, an oval shaped head with almond shaped eyes, etc. Also, the back of it is a bit arched giving it a unique shape. Its close resemblance to sheep is due to the sheep like fur which is kept not more than one inch long. This gives their coat a crispy texture and tiny sheep like look.

Humans have used Beddington Terrier as a race dog for a long time. It is also used for other dog sports like dog fights, and sometimes as companion dogs. They usually come in grey, blue and liver color. Even though Beddington Terrier has a fighting spirit, they are mild, gentle, and playful around people.(source) 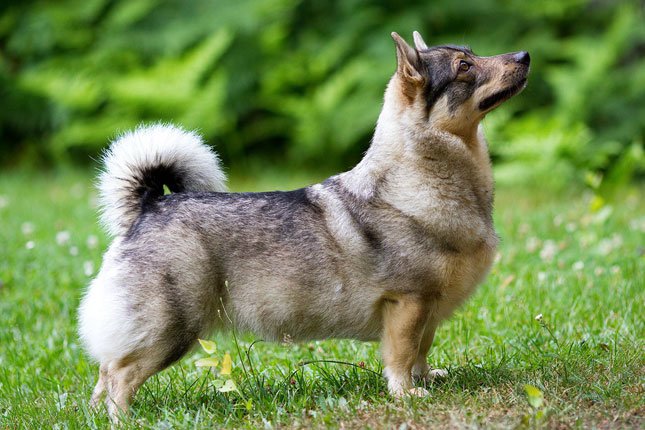 Swedish Vallhund is an ancient dog breed of Sweden which has originated about a thousand years ago. Swedish Vallhund is a very rare dog, and in the 1940s, it was on the verge of extinction. In those years, people used them as a farm dog and herder of cows, hence, it is also known as Swedish cow dog. It has a strong long body with a wedge shaped head.

Swedish Vallhund is small in stature and it can do well in both cold and hot climate. However, it requires constant shade and water in hot climate. This dog has short legs and so it doesn’t do very well in deep snow, but other than that, this breed is extremely agile, obedient, and athletic.(source) 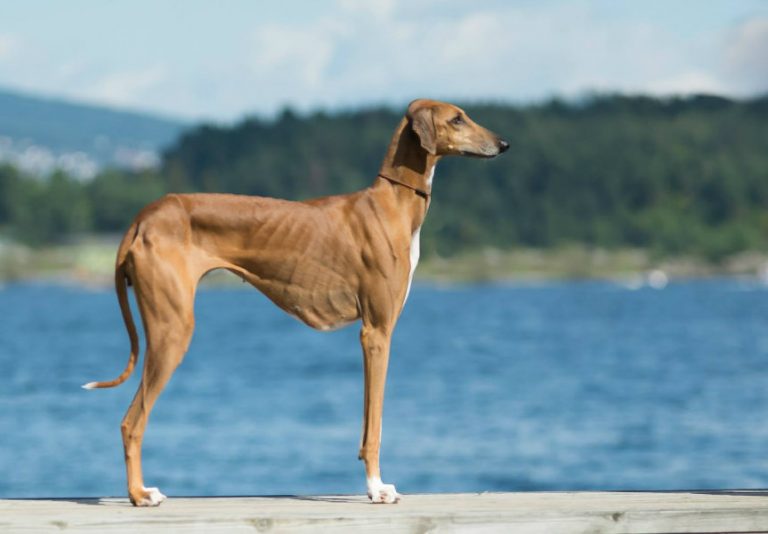 Azawakh is a sighthound dog breed, native to sub – Saharan Africa. It is so thin that one might think that it is malnourished as its bone structure is clearly visible through the skin. They are extremely agile and can adapt very well in extremely hot weather with temperature of more than 100 degree Fahrenheit. Nevertheless, they can’t stand rain and cold weather. That’s why they are quite uncommon in relatively cold continents such as Europe and North America.

Azawakh is a very social dog and it forms a lifelong bond with its owner. In other words, this dog breed has an extremely affectionate and emotional temperament with those who are close to it. It loves to exercise, and additionally, this dog needs daily walk and regular run.(source) 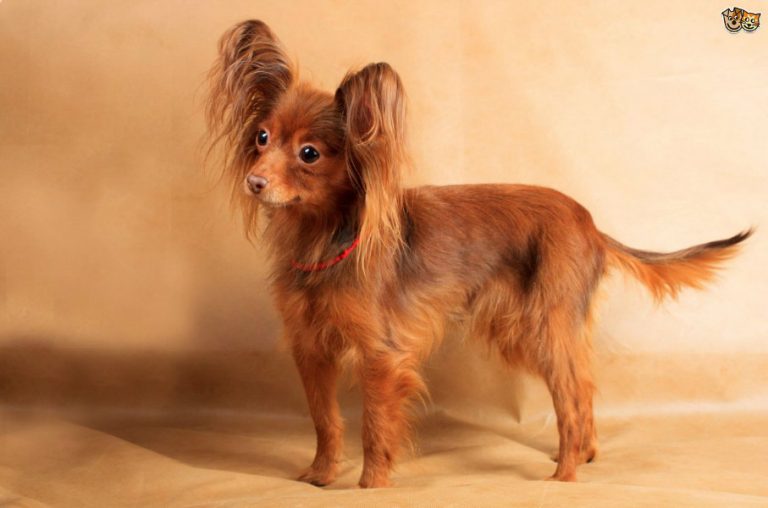 With a length varying from 20 cm to 28 cm, Russian Toy is one of the smallest dog breeds in the world. It is native to Russia and is believed to be bred from the English Toy Terrier / Manchester Terrier. This breed was on the verge of extinction twice; the first one was in the 1920s, and the second one in the 1990s. Also, it had been hardly known outside Russia till 1990s.

The Russian Toy is a very friendly, cheerful, and active dog breed. They are two types: smooth coat and long coat. Smooth coat Russian toys have short shiny coat while their long coat counterparts have relatively long fur in tails, ears, and legs. They are small and very delicate, and they were once associated with Russian aristocracy. They are very loyal and get extremely attached to family members.(source) 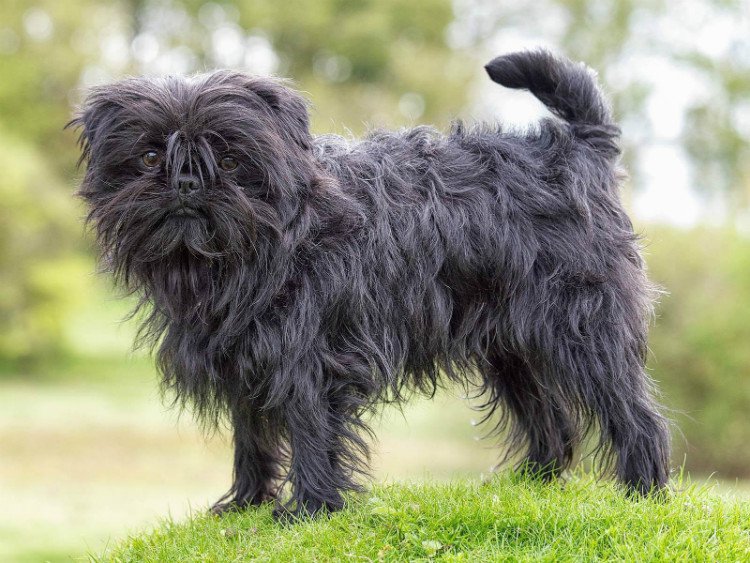 Most people who see Affenpinscher for the first time wonders whether it is a dog or a monkey. The monkey-like face on its body is its most unique feature which gained it the nickname, Monkey Dog. It originated in Germany in the 17th century. Actually, Affe in the name Affenpinscher means ape or monkey.

This dog breed has shaggy coat, with short coat in its back and long mane-like coat on its shoulder and head. They are very active and adventurous dogs as well. Therefore, they get bored easily when they do not do anything. Since they are territorial about their food and toys, you should not keep them as pets in household with small children.(source) 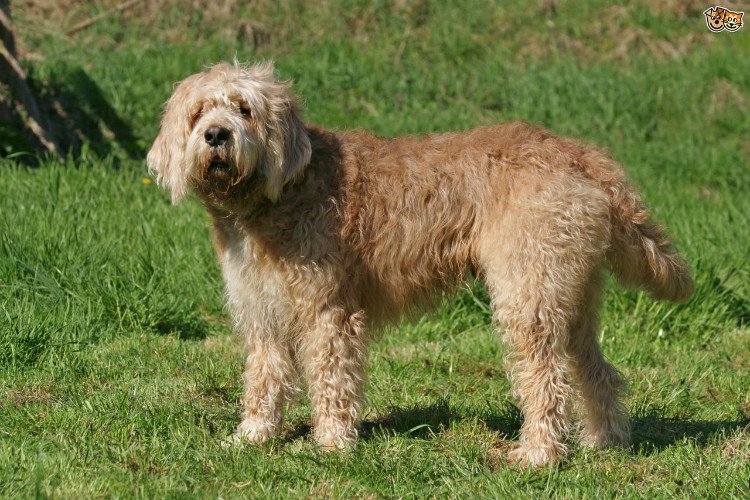 Otterhound is an endangered dog breed which is native to Britain. It is a big dog and possesses great strength. Hence, people use them for hard works such as hunting. What makes it different from other hounds is its oily double coat, which is rough in texture, along with its webbed feet. Also, it has this amazing ability of tracking in mud and water with its nose for more than 72 hours. Due to its sensitive nose and inquisitive nature, Otterhound should never be let outdoor without proper supervision.(source)

The world’s biggest family lives together in India: a man with...

The Vela Incident: Unidentified “double flash” of light that no one...

Greece Has the Lowest Suicide Rate in the European Union.

Cyprus beaches have been continuously named the cleanest in Europe for...

Greek National Basketball Team Were the Last to Defeat the US...