A former UPS employee in Arizona is accused of stealing a package containing a $160,000 diamond and trading it for $20 worth of weed, ABC-15 reports.

Walter Earl Morrison, 20, thought that the package he allegedly swiped while unloading cargo at Sky Harbor Airport in Phoenix contained cash, according to a probable cause statement obtained by The Smoking Gun. In fact, the package contained one pricey stone. 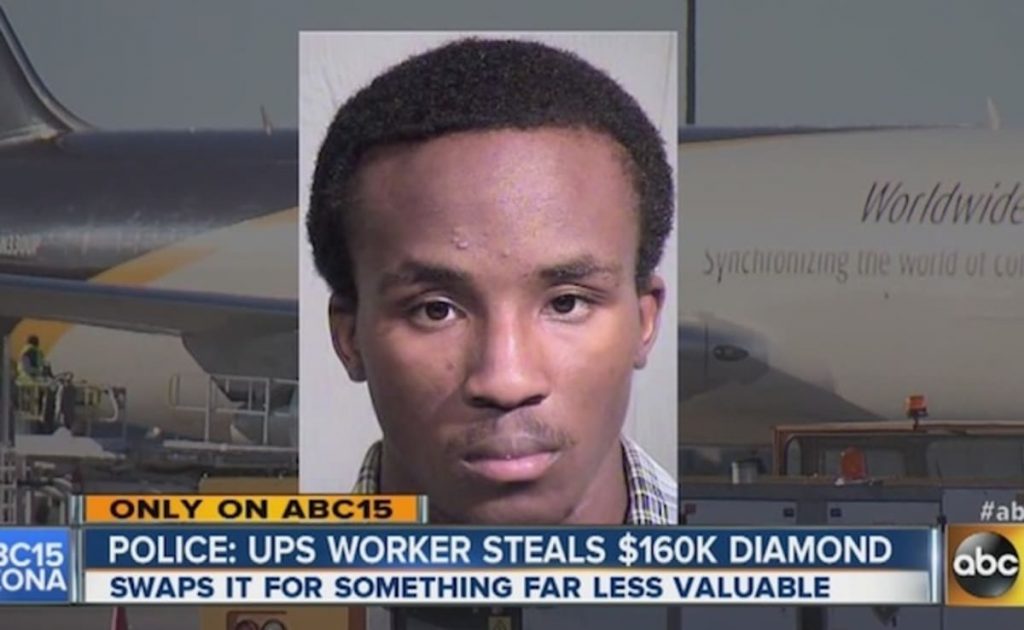 Authorities say the “half-baked bandit” traded the diamond for the equivalent of two joints of marijuana.

The diamond was later recovered and returned to its intended recipient.

Laughing 100 times is equivalent to 15 minutes of exercise on...

The most elaborate and mysterious puzzle “Cicada 3301″of the internet age.

If your laptop feels hot, don’t put it on your lap...

Dolphins sleep with one eye open.

Bill Gates admitted the Control-Alt-Delete command was a mistake.

Bitcoin founder is someone called Satoshi Nakamoto. Nobody knows who he...

Facebook tracks which sites you visit, even AFTER you have signed...