They develop in oval cases, sometimes known as Mermaid’s Purses before they hatch. 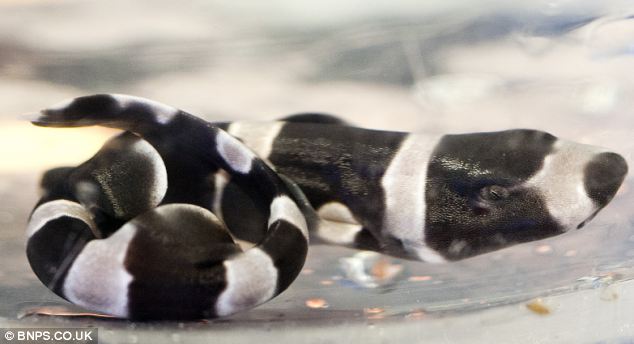 The creatures can grow up to four feet in length and are normally found in coral reefs around Japan, India, Indonesia and Australia.

They can survive out of the water for up to 12 hours and are nocturnal. 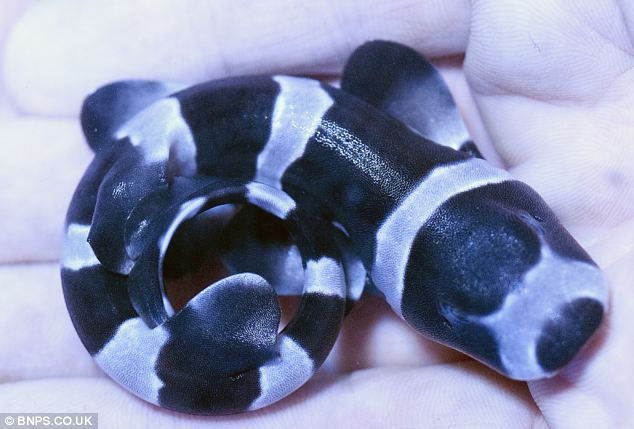 Banded sharks can be kept as pets in large home aquariums and will feed on other fish such as squid, prawns and octopus.

A four-inch baby shark unexpectedly hatched in the hands of a zookeeper carrying out a routine check of its egg.Kico Iraolas who works at the SeaLife Park in Weymouth, Dorset removed the black egg from the tank to carefully examine it.But just seconds later, and much to the zookeeper’s surprise, the egg case started to burst open and eventually a 4.5 inch banded bamboo shark came out, landing with a splash into a bowl of water.

A girl born with a white patch of hair witch is...

As a child, Hitler wanted to be a priest.

It’s illegal in Queensland (Australia) to own a pet Rabbit unless...

“Legally to Blame” for the Biggest Upset in Football History.