Great white shark are able to detect electromagnetic fields emitted by movement of animals, they are so sensitive that they can detect variations up to a billionth of volt. At close range this allows them to hear heartbeats. 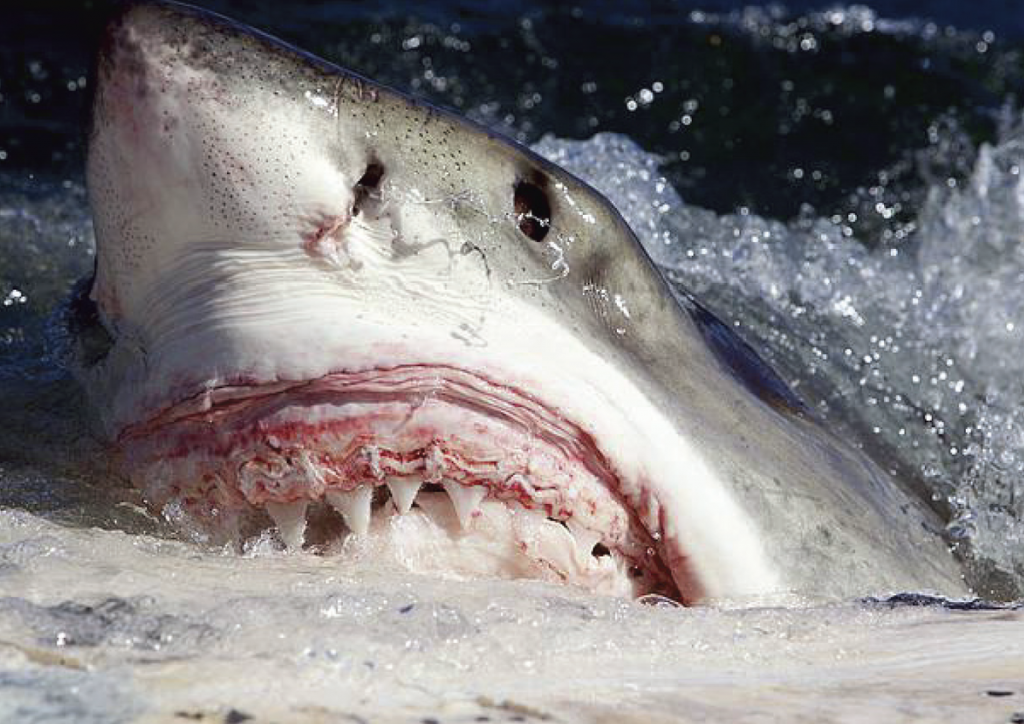 The great white shark is one of only a few sharks known to regularly lift its head above the sea surface to gaze at other objects such as prey. This is known as spy-hopping. This behavior has also been seen in at least one group of blacktip reef sharks, but this might be learned from interaction with humans (it is theorized that the shark may also be able to smell better this way because smell travels through air faster than through water). White sharks are generally very curious animals, display intelligence and may also turn to socializing if the situation demands it. At Seal Island, white sharks have been observed arriving and departing in stable “clans” of two to six individuals on a yearly basis. Whether clan members are related is unknown but they get along peacefully enough. In fact, the social structure of a clan is probably most aptly compared to that of a wolf pack; in that each member has a clearly established rank and each clan has an alpha leader. When members of different clans meet, they establish social rank nonviolently through any of a variety of interactions. 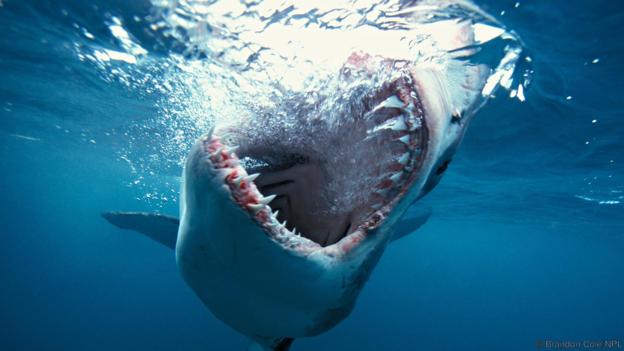 If your laptop feels hot, don’t put it on your lap...

When you see a halo around the sun or moon it...

Elephants can get sunburned so they protect themselves with sand.

The “Memorial” Diamond. It’s created from the carbon in the Ashes...

Sony made a cassette tape that can store 185TB of Data...

10th planet called Nibiru, that it’s about to collide with Earth...

This guy makes $10,000 a month shipping potatoes with messages.