Home Amazing Facts On 1st January 2017, someone changed the Hollywood sign to ‘Hollyweed’.

2017 started on a high note for some Los Angeles pranksters who managed to alter the iconic Hollywood sign to read “Hollyweed”.

People waking up in Hollywood today (January 1) were shocked to discover that the two letter Os in the sign had been changed to Es – thanks to a couple of handy peace flags which helped cover the Os.

According to multiple reports, the vandalism was spotted early this morning and the Los Angeles Police Department are investigating the incident. 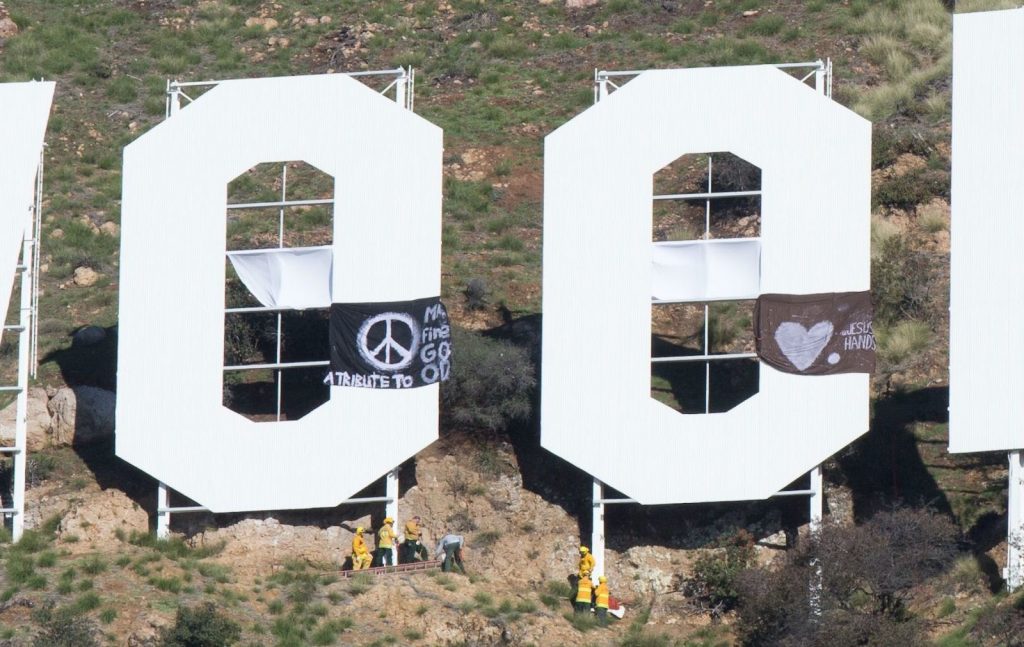 Betsy Isroelit, spokeswoman for the Hollywood Sign Trust, told Buzzfeed News that although the sign has been changed before, “this is a little more ambitious”.

She added that the “Hollyweed” gag has actually been done before, back in 1976.

As those responsible haven’t yet been caught, we don’t know the motivation behind the sign change, but it’s possible that it refers to the decision by California voters to approve legalisation of marijuana in November.

Life will get easier if you get rid of these 6...

10 Most Amazing Facts about the human body.

Greece is the Only Country in the World that Receives Double...

The Viral Video of Golden Eagle snatching a Kid was Fake!