During World War II, Navy seaman Joseph Dronet reportedly spent five days in shark-infested waters after his ship was destroyed in combat. The veteran later claimed that he — unlike some other stranded soldiers — avoided becoming shark bait by playing dead in the water. 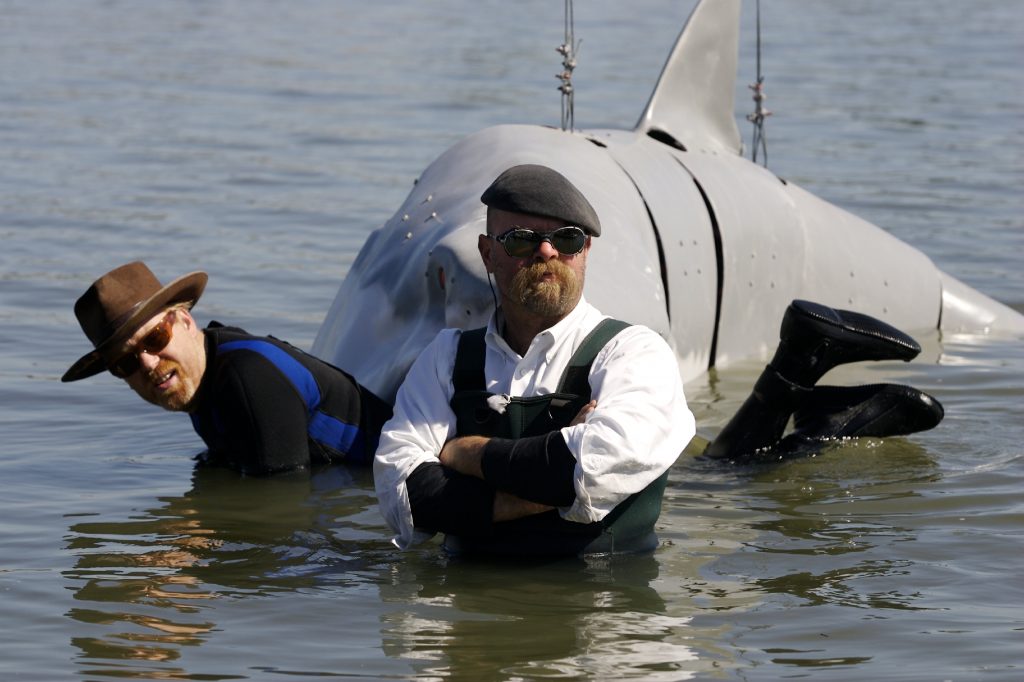 But since no witnesses could confirm Dronet’s wartime tale, MythBusters Grant Imahara and Tory Belleci set the record straight by donning shark-resistant chain mail and hopping into the Caribbean with a bunch of hungry sharks.

For the first round, Grant stayed still while Tory thrashed around to see which one would attract the most fins. Overwhelmingly, the sharks sniffed out flailing Tory, leaving motionless Grant alone.

To make sure the fish weren’t just innately attracted to Tory’s winning personality or irresistible scent, the MythBusters switched roles for a second attempt. That time, all shark eyes turned to gregarious Grant and ignored tacit Tory, confirming Dronet’s theory that playing dead indeed raises your odds of surviving a shark attack.

Australia uses the motion of the ocean to generate zero-emission electricity.

The 1883 eruption of Krakatoa, the most destructive volcanic events in...

McDonalds’ Caesar salad is more fattening than their hamburger.

Male seahorses “Hippocampus” can get pregnant.

As a child, Hitler wanted to be a priest.

Whale Sharks can live up to 100 years.