Inspired by recent data on shark deaths, two data visualization heavyweights have created a stunning infographic to put the numbers in perspective.

A recent report published in the journal Marine Policy revealed that an estimated 100 million sharks are killed by humans every year. The paper added that the number of sharks killed could actually be anywhere between 63 million and 273 million. 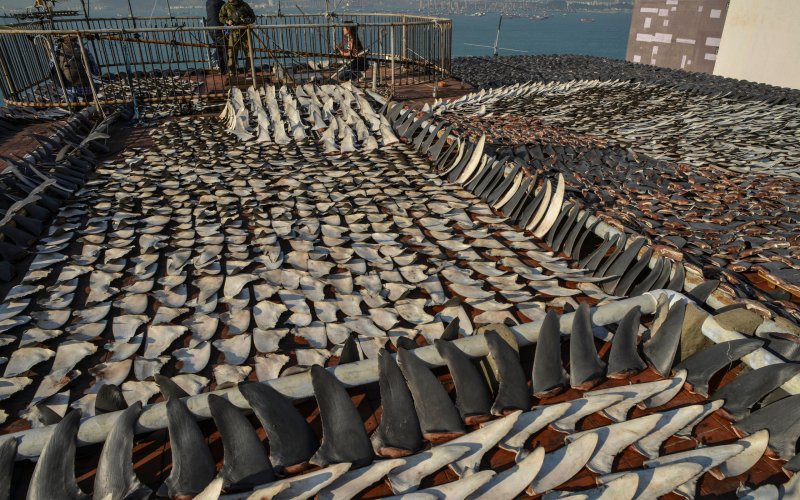 In stark contrast, only 12 humans were killed worldwide by sharks in 2011, according to National Geographic.

Horrified by these staggering numbers, Joe Chernov and Robin Richards created an infographic to illustrate these shocking figures. It was, The Huffington Post was told, a “passion project” for the pair.

By using the data in the report, Chernov and Richards determined that 11,417 sharks are killed per hour.

There is a site name skiplagged.com witch help users to buy...

The Mystery of the 1916 “Traub” the rarest Motorcycle.

15 Secrets you didn’t know about Survivor.

Your brain keeps developing until your late 40s.

There used to be fake Apple stores in China, even staff...

15% of American adults do not use the Internet.