Home Amazing Facts The Peregrine Falcon hunts by diving at 230+ mph straight down.

The peregrine falcon lives mostly along mountain ranges, river valleys, coastlines, and increasingly in cities. In mild-winter regions, it is usually a permanent resident, and some individuals, especially adult males, will remain on the breeding territory. Only populations that breed in Arctic climates typically migrate great distances during the northern winter. 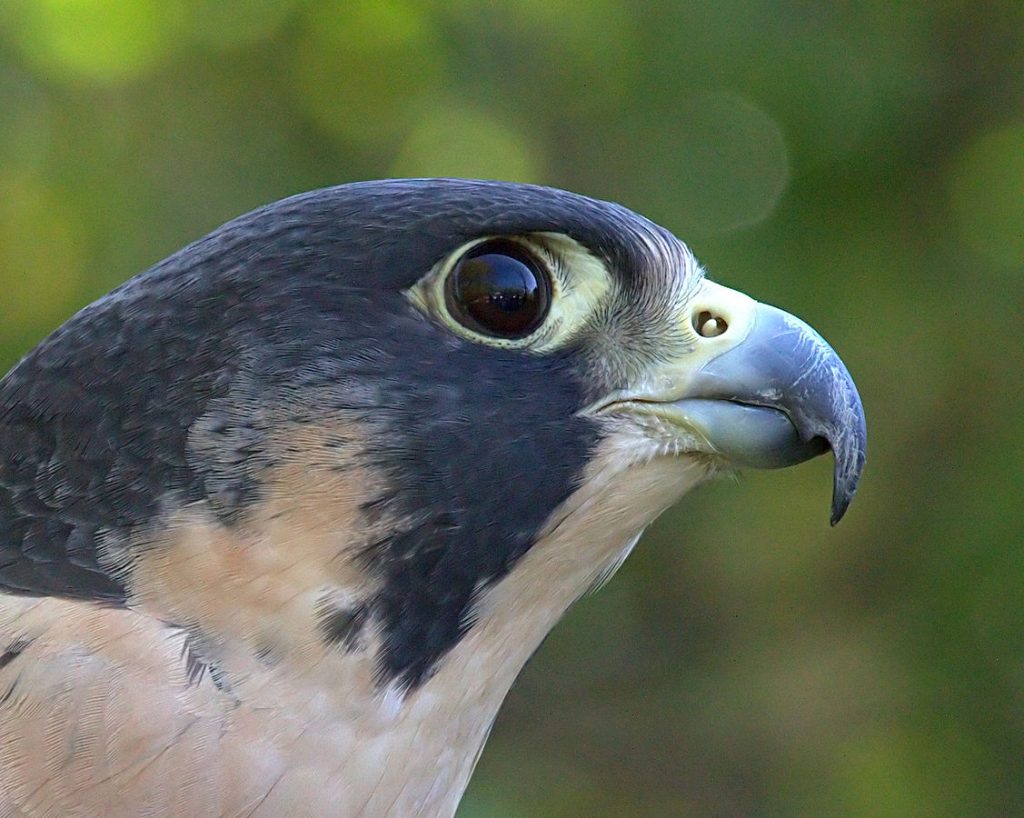 The peregrine falcon reaches faster speeds than any other animal on the planet when performing the stoop, which involves soaring to a great height and then diving steeply at speeds of over 320 km/h (200 mph), hitting one wing of its prey so as not to harm itself on impact. The air pressure from such a dive could possibly damage a bird’s lungs, but small bony tubercles on a falcon’s nostrils guide the powerful airflow away from the nostrils, enabling the bird to breathe more easily while diving by reducing the change in air pressure. To protect their eyes, the falcons use their nictitating membranes (third eyelids) to spread tears and clear debris from their eyes while maintaining vision. A study testing the flight physics of an “ideal falcon” found a theoretical speed limit at 400 km/h (250 mph) for low-altitude flight and 625 km/h (388 mph) for high-altitude flight. In 2005, Ken Franklin recorded a falcon stooping at a top speed of 389 km/h (242 mph).

The peregrine falcon feeds almost exclusively on medium-sized birds such as pigeons and doves, waterfowl, songbirds, and waders. Worldwide, it is estimated that between 1,500 and 2,000 bird species (up to roughly a fifth of the world’s bird species) are predated somewhere by these falcons. 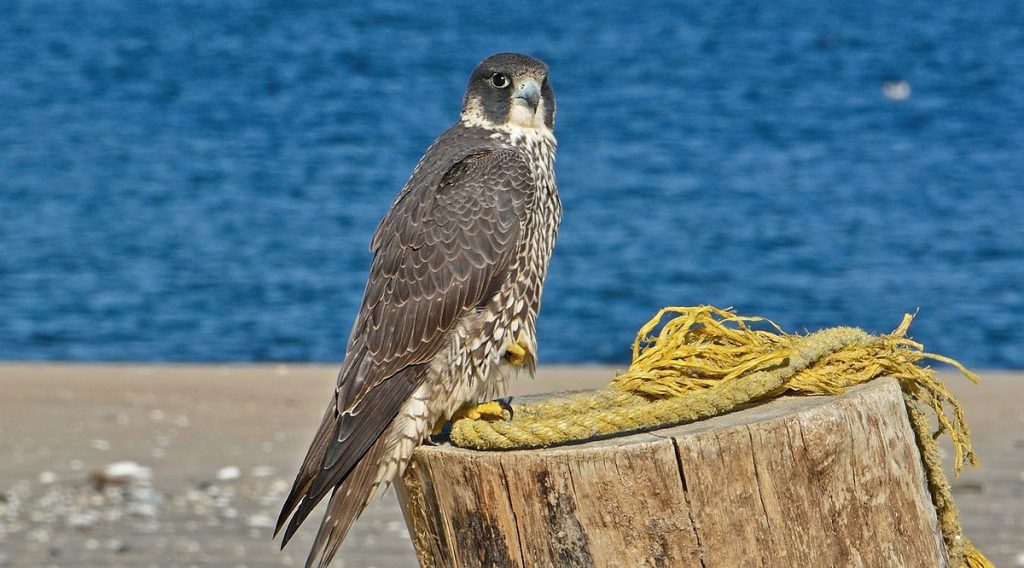 The peregrine falcon hunts most often at dawn and dusk, when prey are most active, but also nocturnally in cities, particularly during migration periods when hunting at night may become prevalent. Nocturnal migrants taken by peregrines include species as diverse as yellow-billed cuckoo, black-necked grebe, virginia rail, and common quail. The peregrine requires open space in order to hunt, and therefore often hunts over open water, marshes, valleys, fields, and tundra, searching for prey either from a high perch or from the air. Large congregations of migrants, especially species that gather in the open like shorebirds, can be quite attractive to hunting peregrines. Once prey is spotted, it begins its stoop, folding back the tail and wings, with feet tucked.

“Legally to Blame” for the Biggest Upset in Football History.

The top speed of the Bugatti Veyron is limited not by...

What came first: the chicken or the egg? Scientists prove.

All the American Flags On the Moon Are Now White due...

Flying fishes, they can fly up to 45 seconds and can...

Brad Pitt was banned from China for his role in the...