These baffling, handmade tiles and plaques have been cropping up around the US and South America since the 1980s, and no one knows who is making them, or why. They’re the size of a car licence plate, and usually say something like “In movie 2001 resurrect dead on planet Jupiter”, a reference to the 1970s Stanley Kubrick/Arthur C. Clarke film, although a few feature political statements too.

Greece Has the Most Archaeological Museums in the World.

The Viral Video of Golden Eagle snatching a Kid was Fake!

The whole of Paphos is a UNESCO world heritage site.

Prince Charles has an Aston Martin that runs on wine 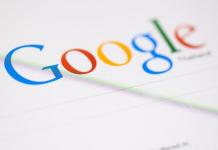 Your smartphone has more germs than a toilet seat.