About the 33rd largest supercomputer in the world right now is the US Air Force Research Laboratory’s (AFRL) newest system, which has a core made of 1,760 Sony PlayStation 3 (PS3) consoles. In addition to its large capacity, the so-called “Condor Cluster” is capable of performing 500 trillion floating point operations per second (TFLOPS), making it the fastest interactive computer in the entire US Defense Department. 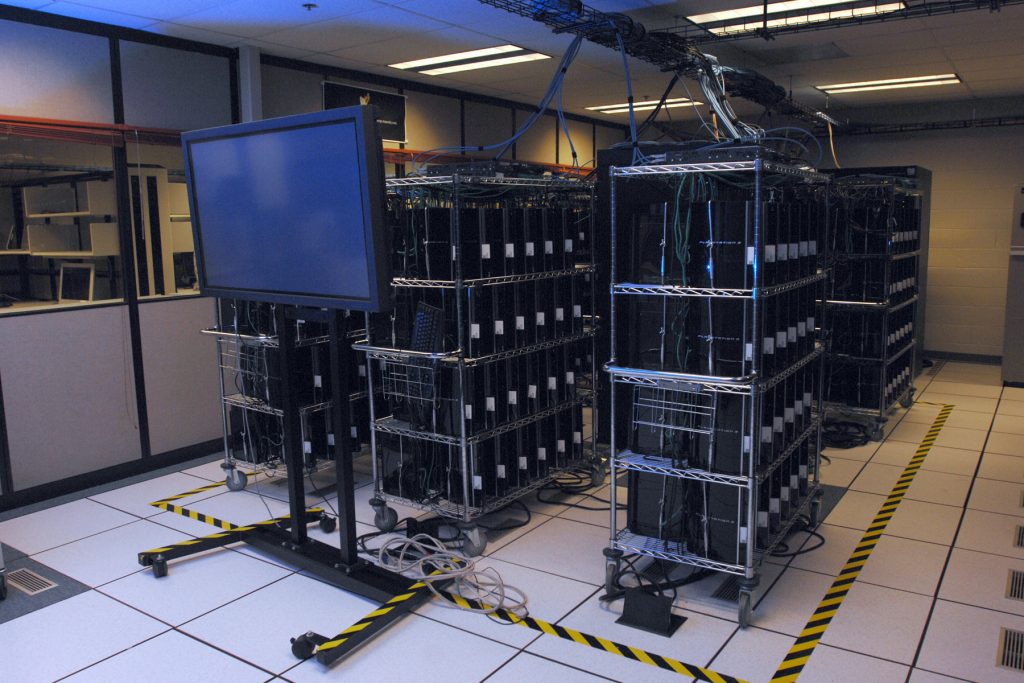 The supercomputer, which is located in Rome, New York, was formally presented yesterday at a ribbon-cutting ceremony. It will be used by Air Force centers across the country for tasks such as radar enhancement, pattern recognition, satellite imagery processing, and artificial intelligence research.

Its speed allows it to analyze ultra-high-resolution images very quickly – at a rate of billions of pixels per minute – to greatly reduce the amount of time required. Due in part to the video game consules’ cutting-edge graphics capabilities, the supercomputer also has improved algorithms that can better identify blurred flying objects in space than previous computers could.

The Condor Cluster project began four years ago, when PlayStation consoles cost about $400 each. At the same time, comparable technology would have cost about $10,000 per unit. Overall, the PS3s for the supercomputer’s core cost about $2 million. According to AFRL Director of High Power Computing Mark Barnell, that cost is about 5-10% of the cost of an equivalent system built with off-the-shelf computer parts.

Another advantage of the PS3-based supercomputer is its energy efficiency: it consumes just 10% of the power of comparable supercomputers.

In addition to the PS3s, the supercomputer also includes 168 separate graphical processing units and 84 coordinating servers to direct traffic within the system. The PS3s are the older, larger variety, since the newer slim models don’t allow for the installation of Linux.

In 2013, soccer player Cristiano Ronaldo opened a museum dedicated to...

This tragic disaster is the largest non-nuclear explosion since records began.

Greece won Most Medals Per Capita at a Singles Olympics in...

An avocado has as twice the potassium as a banana.