Home Amazing Facts Whale Sharks can live up to 100 years.

Neither mating nor pupping of whale sharks has been observed. 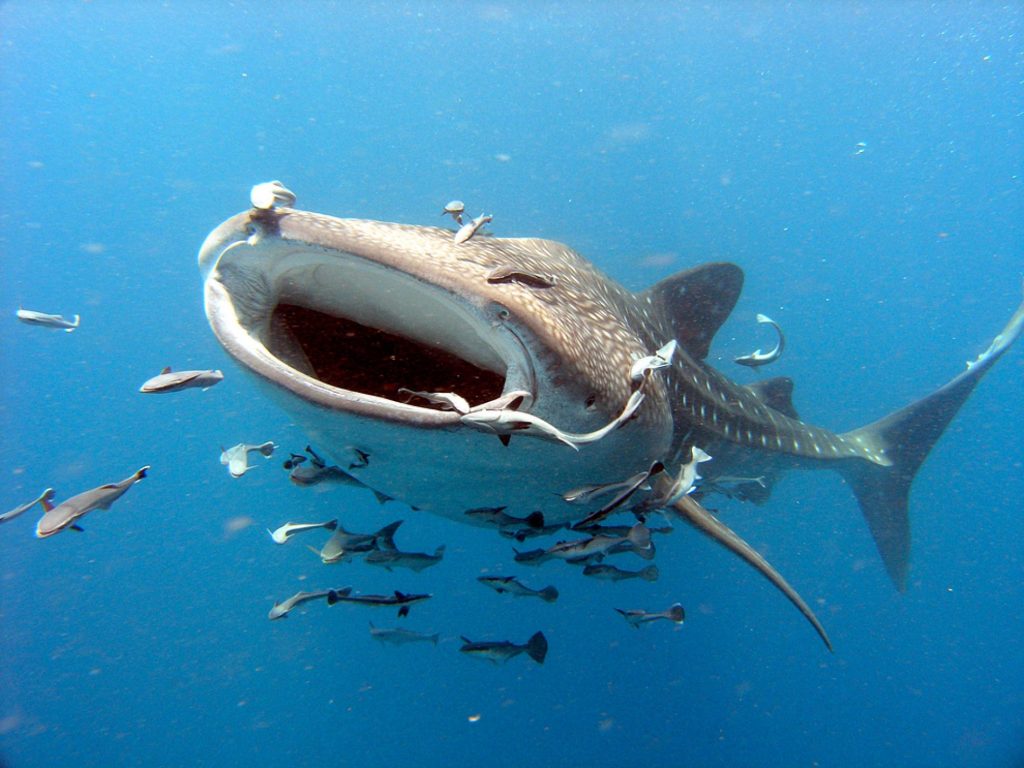 The capture of a female in July 1996 that was pregnant with 300 pups indicated whale sharks are ovoviviparous. The eggs remain in the body and the females give birth to live young which are 40 to 60 cm (16 to 24 in) long. Evidence indicates the pups are not all born at once, but rather the female retains sperm from one mating and produces a steady stream of pups over a prolonged period. They reach sexual maturity at around 30 years and their lifespan is an estimated 70 to 100 years.

On 7 March 2009, marine scientists in the Philippines discovered what is believed to be the smallest living specimen of the whale shark. The young shark, measuring only 38 cm (15 in), was found with its tail tied to a stake at a beach in Pilar, Sorsogon, Philippines, and was released into the wild. Based on this discovery, some scientists no longer believe this area is just a feeding ground; this site may be a birthing ground, as well. Both young whale sharks and pregnant females have been seen in the waters of Saint Helena in the South Atlantic Ocean, where numerous whale sharks can be spotted during the summer.

Scientists have invented a Self-healing phone screen can fix itself in...

Your heartbeat changes and mimics the music you listen to.

The Weather problems in Holland: Solved. Too Good To Be True!

You can get a free coffee at Starbucks on your birthday.

The 1883 eruption of Krakatoa, the most destructive volcanic events in...